During a recent meeting with a client, I was asked:  What’s up with the Loch Ness Monster neck you recommend for breaststroke breathing?”

It took only a few seconds to understand the question – – and a few more to stop laughing. What a great question though – – and one that made sense to us both.  That’s because I do teach a pretty different approach to breaststroke breathing. It’s definitely not a hoax though, as science clearly shows a better way than what conventional wisdom tells us. (By the way, we don’t actually refer to an effective breathing position as “Loch Ness Monster Neck.”)

Common recommendations for breaststroke breathing call for lifting the “head, neck, and upper chest out of the water to breathe.”  In Figure 1, Michael Phelps does exactly that. 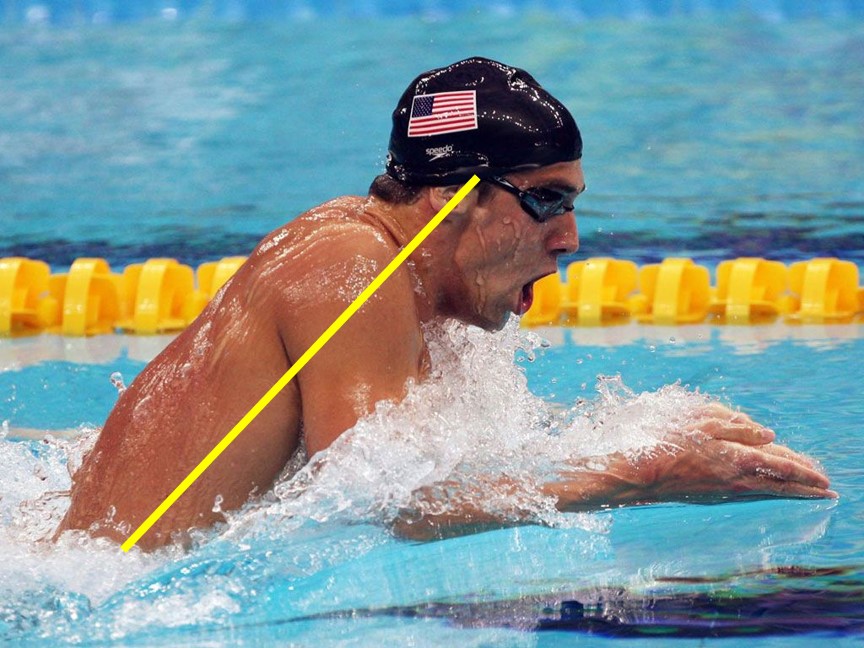 So what’s wrong with this picture and how does the “Loch Ness Monster neck” make a difference?

That angled body position creates considerable additional resistance as more of the surface of the upper body must push through the water.  Think about it and try a simple experiment. (No need to jump in the pool.)  Imagine riding in a car with the window open and your arm out. Hold your hand parallel to the road for a few seconds. Then, flex at the wrist to hold your hand perpendicular to the road.  Which position generates more resistance against your hand?  Now, think about that same movement in water, which generates considerably more resistance than air. The angled body is a less hydrodynamically effective shape that increases both form resistance (underwater) and wave resistance. (See Figure 2.)

It seems “eyeball” obvious that maintaining a position more parallel to the water would make a difference. 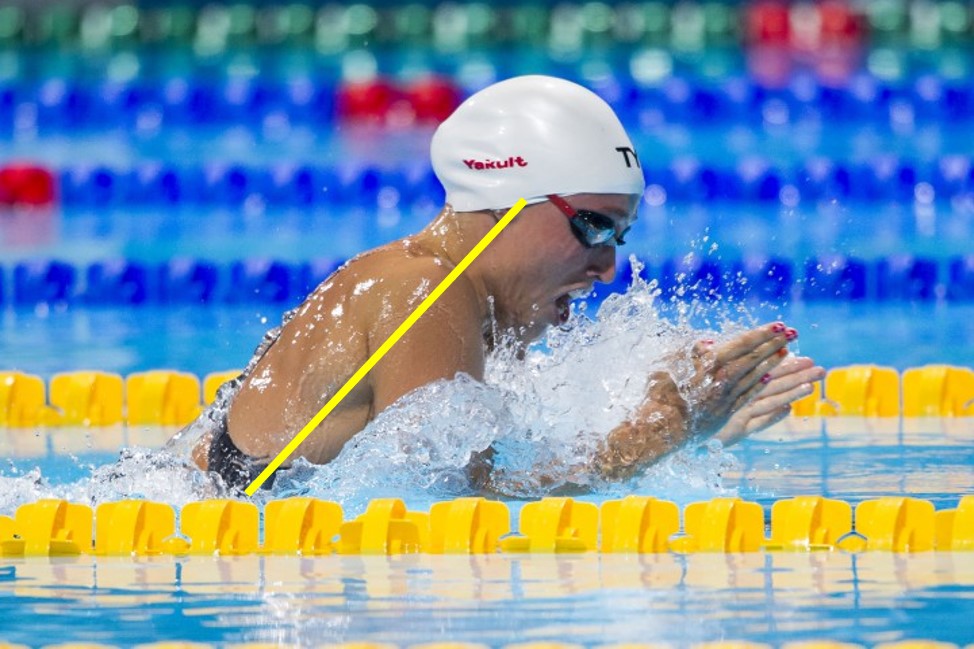 Figure 2. An above surface arm recovery is consistent with the excess upward head and body motion of typical breaststroke technique. Also, note the wave resistance. Is there any way that could help a swimmer swim faster?

How about the biomechanics of that excess vertical motion?

The typical upward breathing motion limits a swimmer’s speed in a number of related ways:

Which brings us to the Loch Ness Monster Neck.

There are two main options to position the mouth above the surface so that the swimmer can take a breath. The first option for breathing is to change the angle of the body. In Figure 3, the model maintains the nonbreathing neck orientation and angles the body. Much of her torso must push against water and wave resistance. (This is the option illustrated in Figures 1 and 2 above.)

It might help to look at an illustration rather than a photograph. (Figure 3 below)

The second breathing option (Figure 4 below) is to change the angle at the neck to breathe. While this option might feel strange and seem difficult at first, it offers several advantages.

Figure 4. The model has a 12o angle at the lower back and is extending her neck through the full range of motion (about 60o angle at the neck). The front view shows an improved hydrodynamic shape.

If the body maintains a more level position by breathing with full neck extension, limitations are minimized. Specifically:

So, how do you develop this improved breathing technique? Practice!

You probably already know that a swimmer will not naturally use the full range of motion at the neck to breathe.  Learning to use complete neck extension may initially be uncomfortable.  Consequently, swimmers may be discouraged from practicing sufficient repetitions. But there are 3 considerable rewards when a swimmer masters this breathing technique:

As with other technique improvements, there are cues that a swimmer can use to learn to completely extend the neck for a more effective breathing motion. Focusing on cues will help change the breathing motion.

Cue 1: As the neck begins to extend, the swimmer can feel the chin move forward through the water.

Cue 2: As the neck completely extends, the swimmer can feel the limit of the range of motion at the back of the neck.

Cue 3: When the head is in position to breathe, the swimmer can see the wall at the end of the pool.