Is Your Pre-Race Nutritional Plan Based on Bad Data?

Home/Uncategorized/Is Your Pre-Race Nutritional Plan Based on Bad Data?
Previous Next

Is Your Pre-Race Nutritional Plan Based on Bad Data?

The article included a short list of things that we do not know regarding sex differences between men and women and their different physiologic responses to exercise. One piece of this grabbed our attention:

“The general advice for endurance athletes is to carb-load, with at least one expert specifically advising against fat-loading. But it turns out that this standard pre-race advice is based on studies in men. And it does not hold for women. “

The article noted that women would need to eat 34 per cent more calories than they usually would to achieve even 50 per cent of the performance benefit men experience from carb-loading. It went on to suggest that, because women burn more fat than men during endurance exercise, they might be better off fat-loading.

Before suggesting that female swimmers consider pre-race fat loading versus pre-race carbohydrate loading, we thought it best to check with swim coach, author and nutritional expert, Abby Knox. Her thorough response (below) merits a careful read by every female competitive athlete.

Caroline Criado-Perez is absolutely correct in saying that more studies need to be performed on female athletes. In her recent article, Criado-Perez suggested that female endurance athletes might consider fat loading, rather than carb loading before an endurance race. Before considering that, however, it might be helpful to look at what we do know on this topic.

Our bodies burn a mixture of fat and carbs at rest but as the intensity of exercise increases, the body’s preferred fuel source is carbohydrate. If the glycogen stores are low or not available during hard training/racing, the body is forced to burn fat and protein for fuel. However, more oxygen is required to do this which increases the feeling of fatigue and in addition, muscle mass is broken down. Neither of these are desirable for an athlete!

Carbohydrate loading is a key strategy used by many athletes in preparation for endurance events lasting longer than 120 minutes. Carb loading optimizes endurance performance by increasing the body’s glycogen stores (supercompensation) which help to delay time to exhaustion. Athletes consume very high amounts of carbohydrate 24 hours prior to racing which super-compensates muscle glycogen stores to extend the time to exhaustion.

Because most swim races last between about 30 seconds (for a 50m) and 20 minutes (for a 1,500m), it is not necessary for swimmers to carb load before a swim meet. Instead, competitive swimmers should concentrate on eating enough of the right carbs at the right times and on consuming the right snacks between races to maintain their energy levels. 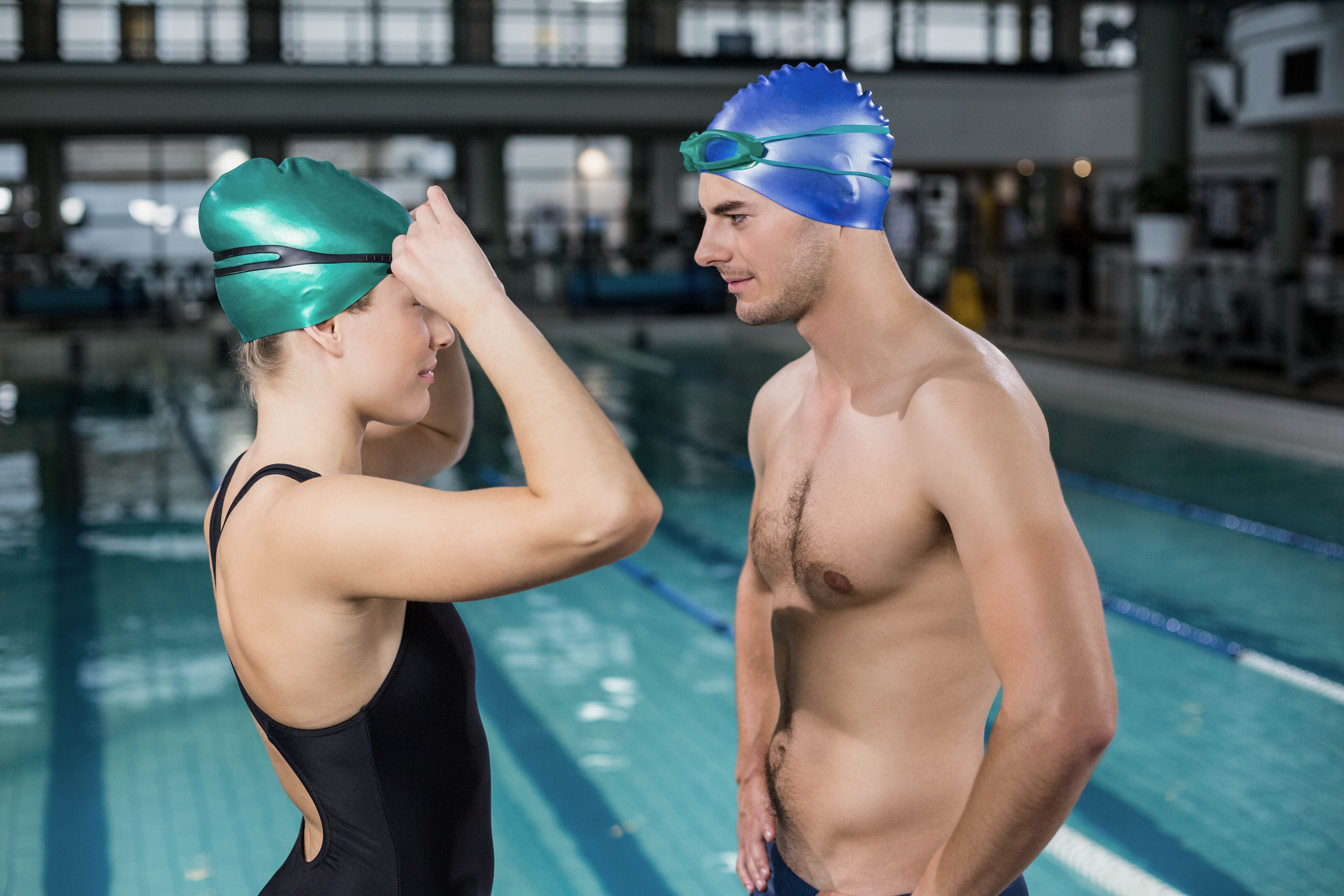 Does carb-loading work for females?

The question that was raised in the article regarding pre-race nutrition was: if women are better fat burners than men, would they be better off eating fat rather than carbs prior to an endurance event? Women will still burn carbohydrate as a preferred fuel source when they are training or racing at higher intensities, but if the intensity is lower, then the ratio of carbs to fat decreases. At lower exercise intensities, if women can burn fat more easily than men, then in theory, glycogen stores should last longer, and their onset of fatigue will be delayed. If women are able to conserve their glycogen stores longer by burning more fat, it means that they do not have to refuel as often as men and they run a lower risk of “hitting the wall” which is devastating for an athlete to experience (extreme fatigue and inability to perform). This may be one of the reasons why there is a smaller percentage time difference between men and women in ultra-endurance events compared to shorter endurance events.

It has been theorized that because women burn more fat during exercise compared to men, they rely less on carbohydrate compared to men. This is a great physiological advantage for women! This means their muscle glycogen stores should last longer and their onset of fatigue will be delayed compared to men. Female athletes would still use carbohydrate as an energy source during higher intensity bursts, but they may need to refuel less during a race to prevent glycogen depletion. This may explain why there is a smaller percentage difference in times between top level male and females as the length of the race increases.

For Criado Perez: Science’s failure to understand how women’s bodies react to exercise differently to men’s poses serious health risks. The average male does not equal the average human.

For Knox: Until there are more studies targeting female athletes, we don’t know whether fat loading in female endurance athletes would provide more of a performance benefit to females compared to carb loading. Pre-race carbohydrate (or fat) loading is not required for either male or female competitive swimmers. Swim races are high intensity over a short duration and the body will burn carbohydrate as the preferred, master fuel, regardless of gender.

For STR: We need additional research in swimming on women and not just their male counterparts. We already note significant differences in injury based on specific stroke technique. More work needs to be done on male-female differences in every sport.

Abby Knox is a Registered Dietitian & Sports Nutritionist. She is also a Swim Coach  (Okotoks Mavericks Swimming) and author of Eat Right, Swim Faster. Abby’s course, Nutrition for Training and Competition, can be purchased at https://isca.courselaunch.com/catalog/43.