What does the index of coordination (IdC) have to do with swimming faster?

Home/blog/What does the index of coordination (IdC) have to do with swimming faster?
Previous

What does the index of coordination (IdC) have to do with swimming faster?

An effective freestyle with “no gaps in propulsion” has been supported by research since at least 1955 (Counsilman). Since then, numerous other studies concluded that gaps in propulsion were counterproductive and should, in fact, be considered a technique error (e.g., Chollet, Millet, Lerda, Hue, & Chatard, 2003; Schnitzler, Ernwein, Seifert, & Chollet, 2006; Seifert, Boulesteix, & Chollet, 2003). 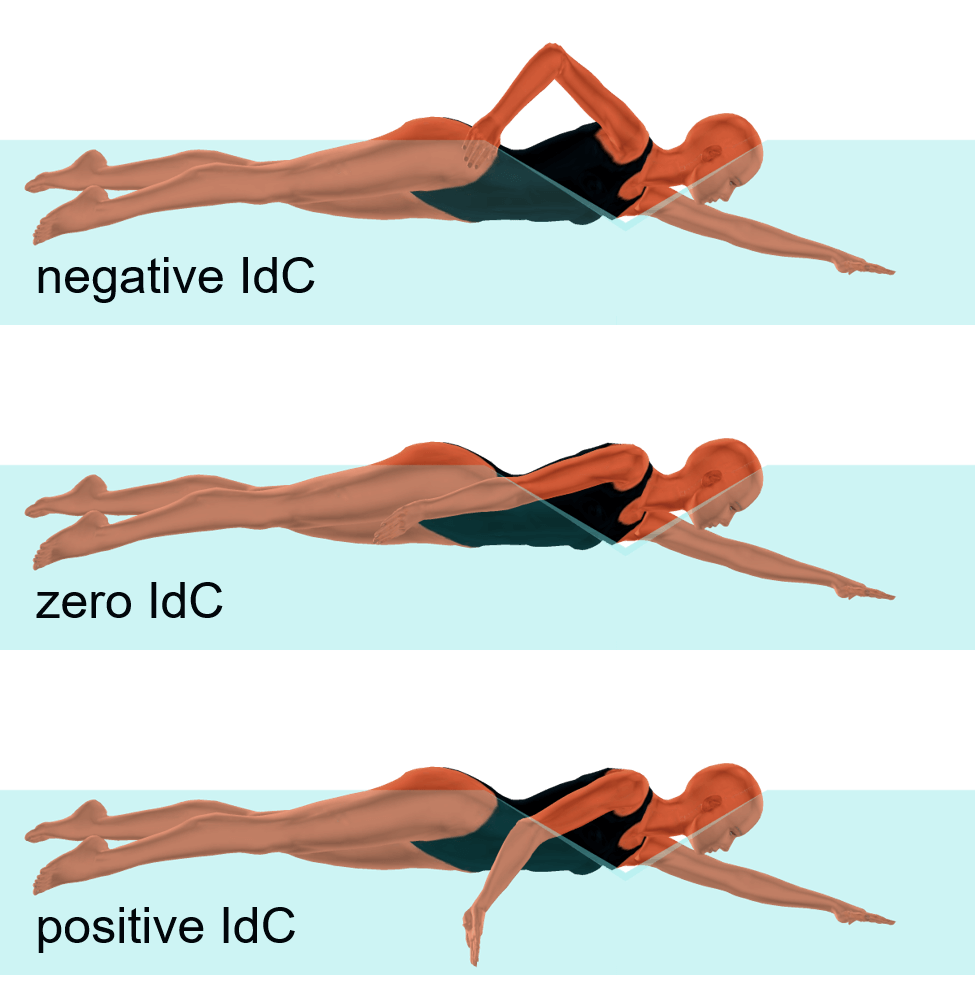 A positive IdC occurs when the entry arm begins to pull before the opposite arm completes the push (bottom image). A positive IdC is also called superposition, as there is an overlap in arm propulsion for a more continuous source of propulsion.

The science overwhelming supports a positive IdC for the fastest swimming. Yet, swimmers are almost always using a negative IdC, often -5% to -10% and even lower. A swimmer cannot maximize velocity with a negative IdC.

Swimmers usually only use a positive IdC at velocities above 1.8 m/sec. Even at the fastest swimming velocities (over 2.0 m/sec), an IdC above 5% is rare. An IdC over 10% and probably over 20%, however, is possible and also essential for the fastest human swimming.

Unfortunately, typical training promotes a negative IdC. Swimming longer distances at a slower stroke rate, fatigue, and an arm entry parallel to the water surface all encourage a delay in beginning propulsion with the entry arm. The result is that swimmers are usually practicing an arm coordination that is counterproductive to swimming fast.

Fortunately, there are strategies that can help a swimmer learn to swim with a positive IdC and make use of the arm coordination that produces the fastest swimming. Optimizing the IdC requires 1.) mastering an effective downward angle on the arm entry, 2.) maintaining primarily backward hand motion as the torso rotates upward on the push phase, and 3.) gradually increasing the speed of the arm recovery with an increasing stroke rate. Any swimmers who hope to optimize performance would do well to evaluate their own IdC and work to improve it.